In addition to being used during services, the organ and the excellent acoustics of our nave make the church an inviting place for concerts.

In 1915, a new pipe organ was donated by a “Miss Beach” and installed in the second (1903) church (our present chapel). One pipe rank from this organ (the Swell Quintadena) survives in our present instrument.

In 1945, the vestry authorized the purchase of a three-manual organ from the M.P. Möller Company of Hagerstown, MD, to replace the 1914 instrument, for the sum of $5,000. The old organ was sold to St. Philip’s Parish, Brevard. When our present church was built in 1952, the organ and pipes were moved to the location where the present organ now sits. The pipes were placed behind a screen on the cantoris (liturgical north) side of the chancel. In 1989 the rector advised the vestry that the organ was in need of major repairs. The company servicing the instrument also cited mass deterioration of the organ itself.

In 1991, a vestry committee decided to rebuild the current organ; and in January 1994, the organ was removed and work begun by the firm of John Dower, Co. of Lincolnton, NC (now known as Lincoln Pipe Organs, Inc). During that year, the organ was totally 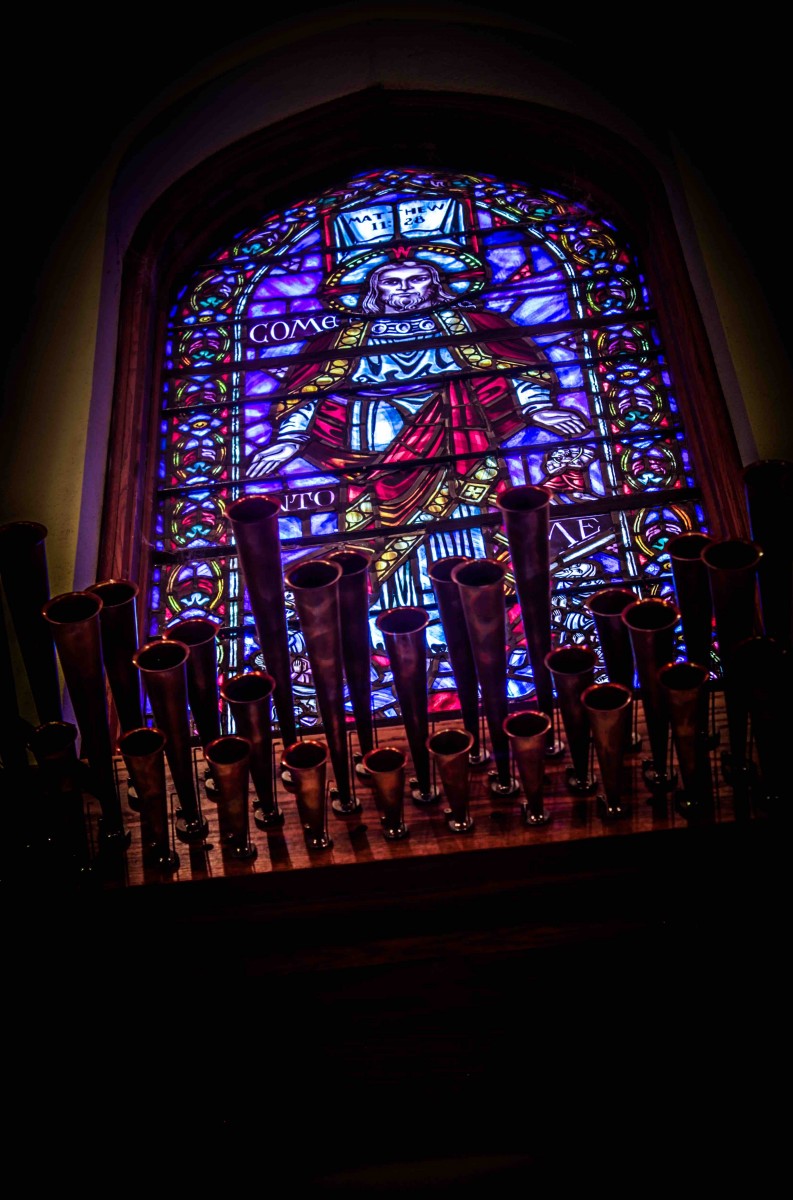 rebuilt and more than doubled in size, complete with a refurbished four-manual Aeolian-Skinner console, new reeds, a Zimbelstern, and an antiphonal trumpet division. The chancel pipe screen was removed and a handsome façade of diapason pipes set in its place. The restored, 44-rank organ was dedicated on November 19, 1995. In the months that followed, a series of organ recitals took place featuring organists from throughout the country. The organ is still maintained by Stephen Spake and John Dower at Lincoln Pipe Organs, Inc.

The organ and the excellent acoustics of our nave make the church an inviting place for concerts. Musicians enjoy performing at Holy Cross on the Wednesdays at Noon Advent and Lenten Recital Series. In recent years, organist/composer Robert J. Powell and concert organist Brennan Szafron have performed concerts at Holy Cross. In 2015, internationally renowned organist Paul Jacobs performed in recital, the event hosted by Holy Cross and sponsored by the Tryon Concert Association. Thomas Strauss, celebrated organist and conductor from Germany, played an organ recital at Holy Cross in October 2016.